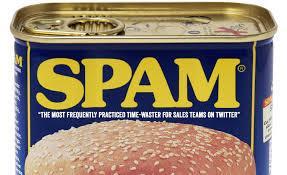 Twitter can be an extremely powerful sales tool. It can help sales professionals generate leads, establish a personal brand and credibility, build and nurture relationships, and close deals. It also provides sales pros with a direct path to purchase-ready consumers and industry leaders.

However, many sales professionals using Twitter aren’t generating the sales results they want. This is likely because they’re spending too much time on activities that don’t provide a lot of value.

Take a look at these five time-wasters and learn how you can start setting yourself up for success on Twitter.

I have a friend in sales. He’s great at his job; very likable, intelligent and a great performer. But when it comes to social selling, he’s still figuring it out. One of the first lessons he learned when he began using Twitter as a selling tool, was not to “cold-tweet”.

He developed a group of lists for his prospects and categorized them into effective points of reference. All good. The problem was how he used these lists. He would regularly send mass tweets and private inbox messages pitching his product and pushing for demos. He even had an automatic message, with the same content, sending out to all his new followers.

This approach does not work because it defies the principles of Twitter. Twitter is about engaging in meaningful conversation over shared interests.

It’s about exchanging useful and relevant information with a network of like-minded individuals.

“Cold-tweeting” as he called it, doesn’t work and is a great way to waste precious time and burn through prospects.

Social selling is a lot like dating. The principles of courtship are similar to the rules of engagement with social media.

Rushing into a selling relationship on Twitter is a recipe for failure. Instead, focus first on setting the relationship groundwork by sharing content of value to your prospects and, in-turn, share their content with others. This will help build trust with your prospects so that when it’s time to do business, your prospects feel good about it and part of the decision.

This is probably the most frequently practiced time-waster for sales teams on Twitter.

Again, it’s important to understand who your prospects are and tailor your content to their interests.

Many sales professionals spend too much time sharing other people’s content and too little time creating their own. The key is to find a balance that supports both activities.

Finding that balance can be a challenge, but it’s important to position yourself to your prospects as an industry leader, a thought leader, and an expert.

There is definitely value in requiring prospects to sign up for e-books, white papers, and conference series. I also understand the importance of collecting prospect emails and contact information. However, sales professionals often focus too much on creating gated content that their prospects end up getting less from you.

Now that you have so much more time on your hands, tweet us some of your tips to selling efficiently on Twitter.