Is your organization busier than ever? Learn how to sustain your company's growth on our fireside chat taking place July 13th. Register now! | Learn More 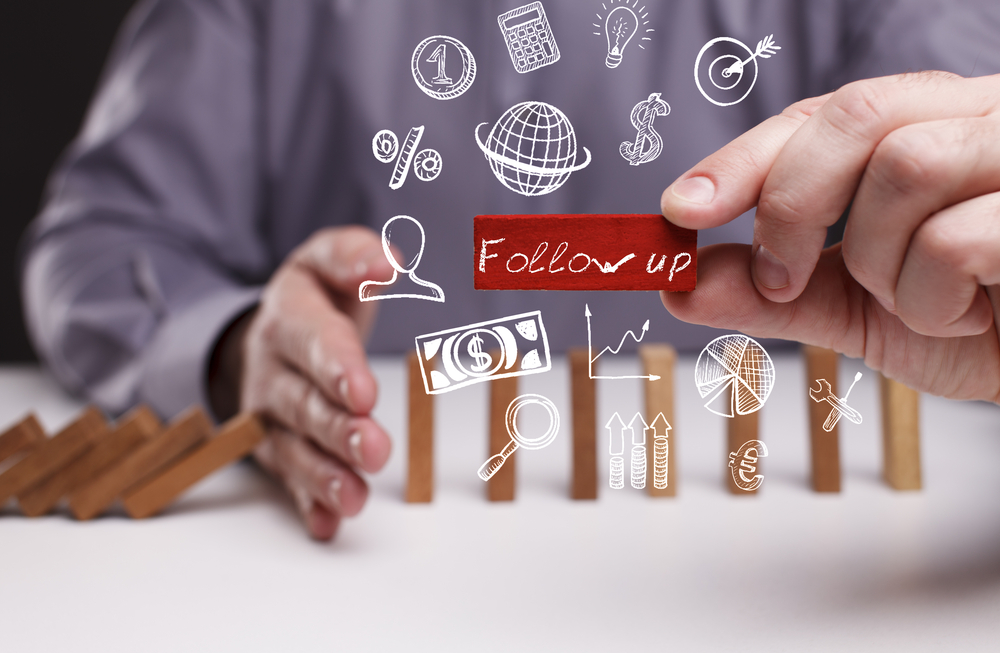 We’re guessing as a business development professional, you’d like to position yourself in the elite class of your peers. Here’s one sure way to do just that – follow up on leads more than twice, and you’ll place yourself above 75% of the competition. And if you’re in the insurance and brokerage industries, you’ll launch yourself past 90% of your competitors, according to a recent report by Conversica. In fact, there are many follow-up best practices that can, and should be followed by every business development professional.

Conversica researchers visited the websites of 538 companies across nine industries, and asked to be contacted. They tracked the following for 30 days after reaching out to these companies:

Here’s what the researchers discovered:

Another interesting finding was that companies are not treating follow-up consistently. Many companies that did well in last year’s research performed poorly this year. According to Conversica, this underscores the need to approach lead follow-up strategically and with a disciplined approach.

Here’s what Conversica advises to improve your own lead follow-up.

Follow up within the first five minutes after contact. When leads proactively reach out, it’s essential that you immediately respond. Otherwise, potential clients could infer that your firm would not be responsive at other times – even once the lead is an actual client. This creates a negative brand perception from the get-go, which jives with findings in Demand Gen Report’s 2016 B2B Buyer’s Survey Report. That report found 70% of those surveyed named “timeliness of a vendor’s response to inquiries” as one of the reasons they selected the winning organization. In the face of slow or no response, most leads are likely to investigate another firm’s offerings. Plus, the companies that respond within the first five minutes boost the chances of qualifying the lead by over 2,000, according to Conversica.

Reach out multiple times. Various research shows it can take five to eleven communication attempts before a lead will respond. In fact, the Conversica report highlights the fact that even trying to contact a lead just three times instead of once will double response rates. The rewards are even greater for companies that persist beyond that. Rather than simply dismiss lead non-responsiveness as a sign to move on, take advantage of technology such as CRM to automate follow-up and increase conversion rates.

Personalize the outreach to encourage a two-way conversation. Granted, it’s challenging to personalize communications when you know little about the lead. However, even greeting the contact by first name can go a long way toward making an email feel personal. If your CRM and other systems are able to track the lead’s navigation on your website and infer or predict interest based on that as well as details from the lead inquiry, the opportunity to personalize goes up dramatically. That is when it’s vital to personalize messages by suggesting ways your firm can help prospects achieve their objectives. Here the Demand Gen Report emphasizes the buyer desire for personalization. Its survey found that demonstrating a strong knowledge of a lead’s company and needs is the second most influential reason buyers choose the winning organization.

Outsmart spam filters. According to Conversica’s report, 50% of business email on average ends up in spam folders, likely because of the growing sophistication of spam filters. Conversica researchers assessed performance by measuring the likelihood that an email would reach the intended target rather than land in a spam or junk mail folder. Following general email best practices helps here, including personalizing emails so they don’t appear to come from a batch-and-blast campaign.

CRM automation works with your existing CRM system to ensure that your team follows up promptly, and creates the personal connections that accelerates the sales process and closes deal. Best of all, it achieves this without any data entry. Instead, alerts and information are delivered directly to your business development professionals in the formats and on the platforms they use most.

To learn more about how CRM automation can improve lead follow-up and grow your firm’s business development efforts, download our new eBook!

Business Development
What is relationship capital and why does measuring it matter to your business?
By Dr Ryan O’Sullivan • Industry Director
5 min read