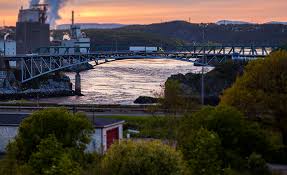 The power of relationships is undeniable. It’s relationships with previous employers, clients, colleagues and partners that impact the future of our careers. We’ve all seen people get to the top by having strong relationships and you’ve probably witnessed someone burn a bridge that they’d regret.

But are all bridges made equally?

I’m here to tell you they’re not. There’s no doubt that you’ve heard that expression, “don’t burn your bridges.” It’s one that I’ve heard many times in my career and one that many of mentors have expressed. And while it’s a good idea sometimes, other times you need to get out the gas, light a match and let it burn. Here’s why that advice isn’t all it’s cracked up to be:

Reduce Your Circle. Enhance Your Network.

The law of averages shows that people are the average of the five people they spend the most time with. Sales people, entrepreneurs and successful professionals recognize that those around you play a huge role in your own professional and personal development. The people around us impact our way of thinking, our aspirations, our decisions and ultimately our successes.

While it’s ideal to have a circle that is filled with positive, supportive people who want you to succeed, it’s easy to let critics and Debbie Downers into it. Thus, it’s important to stay on your toes and identify these holes in your circle and be okay with fixing them. Sometimes these holes are your boss, sometimes they’re people you once seen as friends and often it’s just a colleague dragging you down.

Reducing your circle gives you an opportunity to enhance it. It gives you a chance to spend more time with positive people and those who share a common goal. As such, burning a bridge with someone who’s holding you back isn’t necessarily a bad thing.

It’s Okay To Have Enemies.

Winston Churchill once said, “You have enemies? Good. That means you’ve stood up for something, sometime in your life” And that’s exactly the thinking you should have when burning a bridge. If you’re going to burn it, do it because you’re passionate about something. Do it because you know what’s right and you’re moving forward towards something you believe in.

References Aren’t What They Used to Be

A boss who is self-absorbed and only worried about their own growth isn’t going to worry about you when you leave their side. As such, don’t sweat burning a bridge with a former boss who’s done nothing for you while at an organization because you can count on them to do even less once you leave.

In today’s world, it’s easier than ever to build a portfolio or online profile that speaks to the value that you can bring an organization. It’s also easier than ever to land enough recommendations from former colleagues, clients and partners to overshadow the burnt bridge of a boss or employer.

Not to mention it’s more likely that you’re going to need an intro to get that new job than a positive reference anyways. While it’s not always promoted heavily, in business it’s very much about whom you know rather than what you know.

Sure, you can sit around and play the waiting game for people around you to change but that’s a sure-fire way to set yourself up for a disappointment. Take your life by the horns and take control over your actions. Sometimes you have to go against the norm to get what you really want.

That all said, don’t burn a bridge because of one bad experience or the fact that your emotions are running high. Don’t take this message as an excuse to be a jerk to those around you. Instead, use it as a reminder that you’re in complete control of your future and the bridges you keep and those you burn will combine to determine your ultimate path.

Have you burned bridges in the past? Do you think it’s worth it?